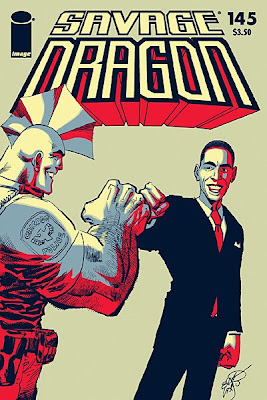 IO9: “This news was announced on the same day that Marvel’s Spider-Man issue with Obama was released, prompting lines at many comic book stores, and quick sell-outs throughout the country (If you missed it, don’t worry; a second printing (Update: 3rd printing by now!) should be in stores next week), perhaps showing the business reasons behind the Youngblood decision, but nonetheless, between Savage Dragon, Spider-Man and Thunderbolts over at Marvel, and now Youngblood, the novelty of seeing our new President in comic book form has not only worn off by now, he’s in danger out wearing out his welcome before he’s even taken office.” 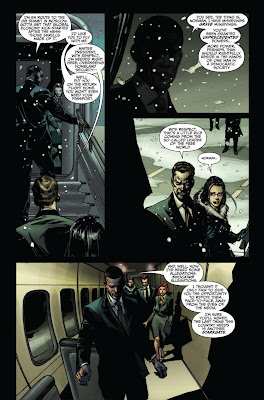 Another reality crash in the Marvel Universe: “The Daily Bugle is now reporting that Barack Obama has squeaked into the Marvel White House on electoral votes, despite Stephen Colbert’s having won the popular vote. Read all about it in “Bugle Blows It — Obama Beats Colbert on Marvel Electoral Votes.”)”