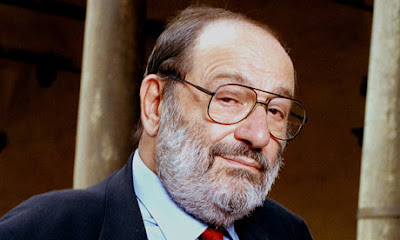 The Guardian: “The days when children were taught to write properly are long gone. Does it matter? Yes, says Umberto Eco:

Recently, two Italian journalists wrote a three-page newspaper article (in print, alas) about the decline of handwriting. By now it’s well-known: most kids – what with computers (when they use them) and text messages – can no longer write by hand, except in laboured capital letters.

In an interview, a teacher said that students also make lots of spelling mistakes, which strikes me as a separate problem: doctors know how to spell and yet they write poorly; and you can be an expert calligrapher and still write “guage” or “gage” instead of “gauge”.

I know children whose handwriting is fairly good. But the article talks of 50% of Italian kids – and so I suppose it is thanks to an indulgent destiny that I frequent the other 50% (something that happens to me in the political arena, too).

The tragedy began long before the computer and the cellphone.