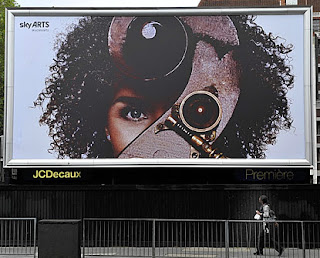 Thisislondon: “Every billboard, bus-stop and advertising space on Tottenham Court Road has been turned into part of the biggest art gallery in Britain.

The London street gallery is part of a nationwide initiative by the Sky Arts television channel which commissioned a special series of works featuring different art forms from celebrity photographer Rankin to fill it.

Rankin said it was the first time anyone had attempted “an art takeover” of so many cities.”